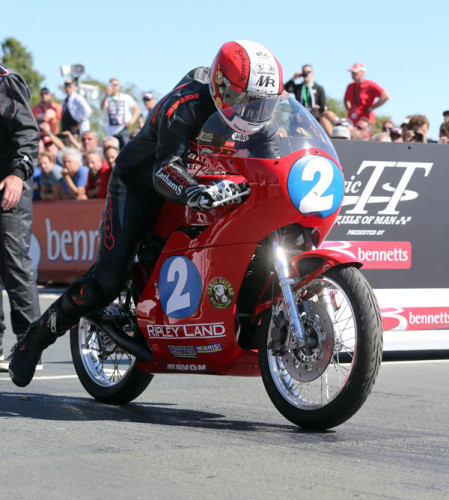 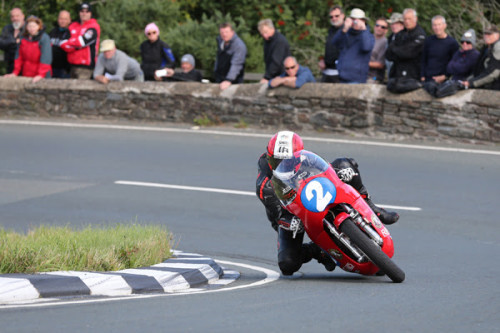 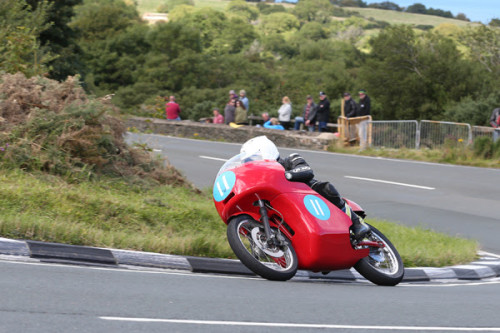 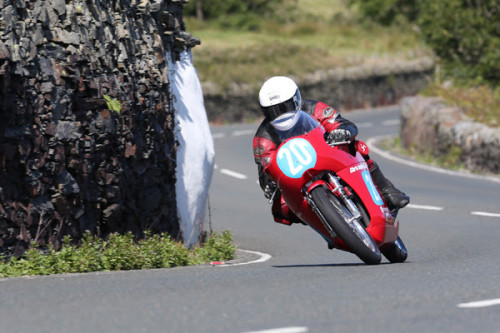 After a delay of almost four hours due to technical issues with the communications system between Sector Marshals and Race Control, the second day’s racing at the 2015 Classic TT Races presented by Bennetts finally got underway at 2pm. Conditions were reported as perfect for racing around the Mountain Course with dry roads all round the 37ž mile circuit.

The first race of the day, the Okells 350cc Classic TT Race, was cut to three laps from four as a result of the delay which was expected to hand the advantage to the MV Agustas with their greater power as they could now run straight through rather than having to refuel.

However, that didn’t prove to be the case as Dan Cooper, riding the Team Molnar Manx Norton, held a lead of over a second going into the final lap only for the Gloucester rider to retire at Ballacraine with a split fuel tank, leaving Michael Rutter on the Ripley Land Racing Honda with a commanding lead of over a minute and ultimately the race win. Behind the Midland’s based rider, the war of attrition saw only four of the fifteen fastest qualifiers complete the race.

Shortly before the start, Dean Harrison was a late withdrawal leaving Lee Johnston, last year’s race winner and fastest qualifier, on the MV Agusta, as the sole Black Eagle Racing representative. However, the Northern Ireland rider had a poor start, which saw him in 8th at the opening checkpoint at Glen Helen. He was down to 17th by the second checkpoint at Ballaugh and out of contention before retiring shortly after.

Keith Amor on the Tony Dunnell Rig Deluge Manx Norton was first away from the Grandstand followed by Michael Rutter and it was Rutter who was fastest to Glen Helen followed by Dan Cooper almost five seconds back with William Dunlop on the Davies Motorsport Honda in third a further 0.2 seconds back. Jamie Coward moved into third at Ramsey with William Dunlop reported as a retirement in Parliament Square but Coward was then himself forced out on the Mountain Mile.

With Cooper retiring, McGurk, the leading privateer, moved into the final podium place but the drama didn’t end there with Chris Swallow retiring at Graham Memorial, McGurk moved into the runner up slot. Nigel Moore was also a last lap retirement when running third, shortly before the chequered flag, leaving Doug Snow to take the final podium place.

Snow had to be brought back from Parc Ferme to the winner’s enclosure, so close was Moore to the finish line before he broke down. David Madsen-Mygdall (Team Gimbert Racing) and James Hillier Honda/CSC Racing completed the top five with Dave Edwards claiming the Phil Read trophy for the first 250cc machine home. 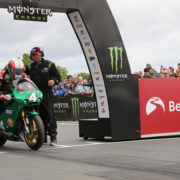 MICHAEL DUNLOP TOPS THE LEADERBOARD AS RIDERS GET ON THE PACE IN CLASSIC TT QUALIFYING
Dovizioso finishes on the podium with third place, Iannone eighth in a rainy... MICHAEL DUNLOP TAKES DRAMATIC VICTORY IN RECORD BREAKING MOTORSPORT MERCHANDISE...
Scroll to top